Access Your Profit Alerts
Sign Up for Money Morning and get your free report:
"The Best Stocks to Buy Now"
How to Buy Bitcoin
Twitter
Stocks 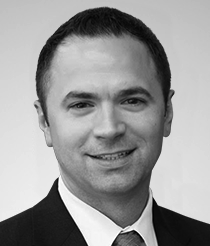 There are a lot of firsts at the Tokyo Summer Olympics; it's the first Olympics with no spectators, and the first to have been delayed a year. It's the first time karate, skateboarding, sport climbing, and surfing will be Olympic events, too.

The Tokyo Games are also the first Olympics that lots of Americans can legally bet on, thanks to the widespread adoption of sports betting.

Let's put that into perspective: According to the American Gaming Association, an estimated 20.1 million Americans plan to bet on the Games - particularly basketball, soccer, and non-subjectively scored games - and nearly half of them plan to use widely available, legal options. Just two states, Delaware and North Carolina, put Olympic betting off limits.

I can already see a lot of institutional money moving into two U.S. betting stocks; legions of sports bettors eager to part with a dime are like catnip to smart money.

These are the two every investor needs to own this month - and one in particular I really like as a trade right now...
EDITOR'S PICKS
One Renewable Energy Stock Is About to "Leapfrog" the Whole Industry
All Great Investors Know These Two Things
It's Time to Bury These Six Myths About Investing in Bitcoin
Fast Profits

The Delta Variant Won't Take Down This Grocer Stock

This grocer stock thrived during the last pandemic, and no matter what the Delta variant throws at us next, we're expecting another rally by year's end. So whether we're staring down the barrel of another lockdown, or we officially leave COVID-19 behind us, this is a prime trade to make now.

The Best Defense Stock to Buy as Global Tensions Rise

China's preparing for a showdown, something they made very clear after lighting off a few rounds of missiles off the coast of Taiwan. But, as concerns rise that the conflict won't end here, this defense stock could make you a killing off the climbing tension...